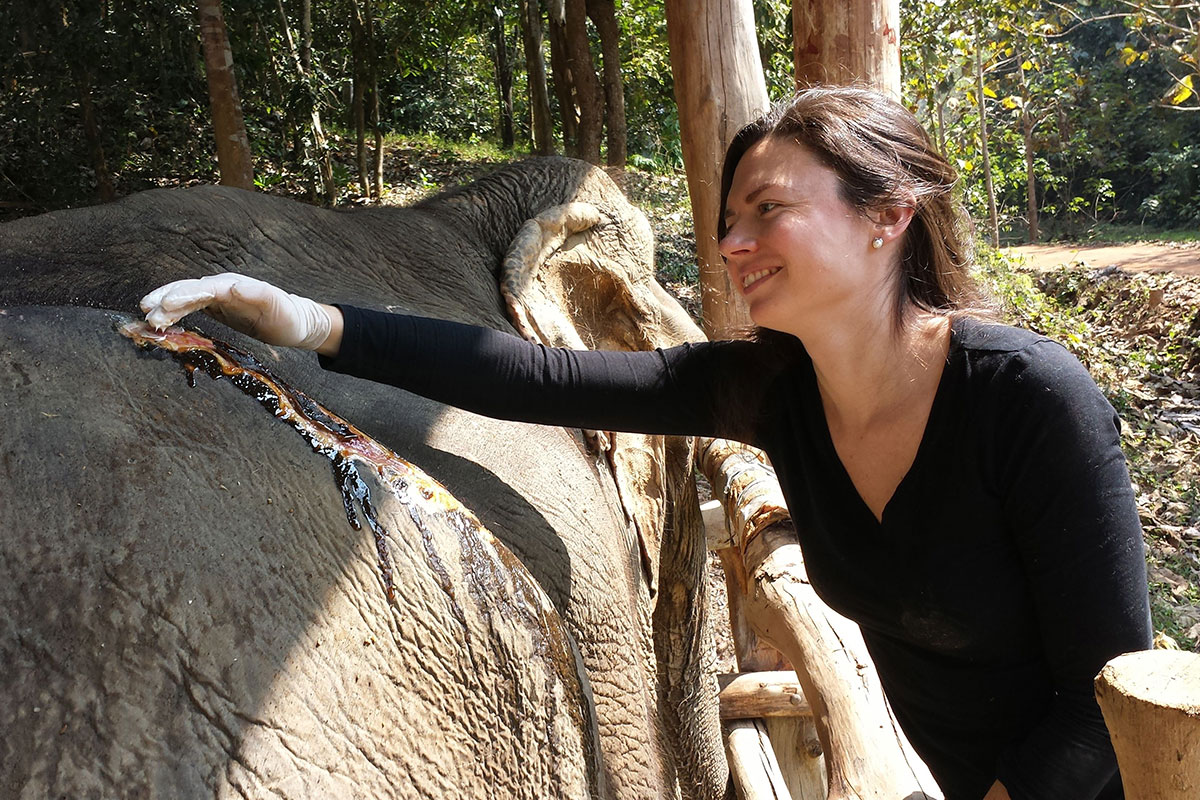 From Elephants to Cows, Vets International’s Dr. Scarlett Magda Is Here for the Animals

In September of 2014, Dr. Scarlett Magda founded Veterinarians International with the sweeping goal of helping companion, farm, and wild animals live fuller and safer lives while also educating the humans who are dependent upon these animals for company, protection, labor, and food on how to better understand them. Veterinarians International also has a keen interest in zoonotic disease transmission such as Ebola and animal welfare issues.

VI spreads their love, talent, and money far and wide. They find common ground within and between communities of diverse backgrounds in order to collectively solve a problem.

In September of 2014, Dr. Scarlett Magda founded Veterinarians International with the sweeping goal of helping companion, farm, and wild animals live fuller and safer lives while also educating the humans who are dependent upon these animals for company, protection, labor, and food on how to better understand them. Veterinarians International also has a keen interest in zoonotic disease transmission such as Ebola and animal welfare issues.

VI views the relationship between humans, animals, and the environment through a global lens and acts accordingly. They also welcome input from other disciplines as part of their “one-health” concept.

VI spreads their love, talent, and money far and wide. They find common ground within and between communities of diverse backgrounds in order to collectively solve a problem.

It’s lucky that animals have Dr. Scarlett Magda looking out for them. Dr. Magda, who holds a degree from the Ontario Veterinary College, has worked with animal welfare organizations ranging from the Thai Elephant Conservation Center to the Belize Zoo to the Ministry of Environment in Costa Rica. She sat on the board of directors for Veterinarians Without Borders Canada for five years, and in 2007 received the Ballard Award for Wildlife from Morris Animal Foundation. In 2014, she founded Veterinarians International with the goal of “solving some of the most pressing issues facing human, animal, and environmental global health in history.”

What brought about the launch of Veterinarians International?

My inspiration comes from my incredible parents who were Eastern European refugees during the Communist era. They came to Canada in 1971 with nothing more than a suitcase, their medical degrees, and a dream to be free. My parents taught my brother and me to appreciate everything we had, and remind us that most of the world does not live the way we do here in North America. They supported all of my wild and crazy ideas, from volunteering at the Belize Zoo when I was 17, to doing sea turtle conservation work in Costa Rica, to shadowing an elephant vet in Thailand. Their story, in combination with the things I was seeing while abroad, inspired me to live a life of service—on a global scale.

Given that 60% of human infectious disease arise from animals, we must have healthy animals to have healthy people. We live in an interconnected world of different ecosystems of various hosts (humans or animals), agents (viruses, bacteria, parasites), and environments (water, soil, climate) that under the right circumstances interact to transmit disease.

When we look at a community that we are considering serving, it’s important to look at all of these things together. If the water the animals and people are using to drink, cook, or bathe is contaminated, it’s going to have a direct impact on community health. Leptospirosis for example—the most common zoonotic disease—is a bacteria that can live in stagnant water, and is passed from the urine of wildlife to other animals or people by drinking that water.

Vets are also responsible for preventative health care such. If we are looking at a herd of cattle, we must consider the number of animals that the land can support in terms of manure composting and available forage. If we allocate too many animals, the health of the environment will suffer—and consequently, the animals will suffer as well.

What role do you believe animals and humans play in each other’s lives?

Humans have always coexisted with animals. We depend on them for food, labor, companionship, and survival, and in several religious customs. In many instances, however, we have created a horrific situation as to how we manage them. Just look at factory farming or puppy mills, or consider how we’ve impacted wildlife as a result of population growth. Scientists are predicting that two-thirds of wildlife will be gone by 2020 if we don’t change our ways! I think animals would be far better off if humans were not in the picture, but I don’t think you could say the same for humans.

Animals bring out the most beautiful aspects of humanity—compassion, curiosity, and spiritual bonding—and in many cases enable our survival.

Dogs can detect cancer better than any manmade test available; they can even predict seizures. For centuries, elephants have brought humans to underground water sources by feeling vibrations in their feet. You work extensively with captive Asian elephants. What does this work entail? And why elephants as opposed to, say, lions or giraffes?

We currently support the veterinary needs of Boon Lott’s Elephant Sanctuary by providing medical supplies, including protective boots for Wassana, a land mine victim. We are also raising funds to build two mobile elephant clinics for two communities, Sukhothai and Surin, where it can take days for a veterinarian to arrive, as well as an EEHV surveillance program. EEHV is a highly fatal virus in baby elephants, so we want to be able to catch cases as soon as possible. We work with Asian elephants because their plight is not well-known. They are only 20% of the African elephant population—much closer to extinction—and live miserable lives in captivity where they are isolated and often forced to perform highly unnatural acts.

What is your greatest concern for our companion animals? How about wildlife? And livestock?

Companion animals are more or less dependent on humans for their survival and well-being, and our level of empathy and compassion is still low on a global scale. My greatest concern about wildlife is their rate of extinction. We have already lost over 50% of known species, and are continuing on a downward trajectory. For livestock, it’s the gruesome way they are managed in factory-intensive farming environments. If we ate less meat, then the demand to farm and slaughter animals would decrease. As land is lost to development or agriculture, what happens to displaced animals?

Well, we see it happening right now: they are becoming extinct. Habitat loss is identified as the major threat to 85% of all species mentioned on the IUCN’s red list. Our friends at Elephant Family are building corridors in India to provide elephants with migration routes to circumnavigate farms and settlements. But we humans are at risk from the exact same activities. Land use change and agricultural changes are major drivers of new diseases like Ebola, HIV/AIDS and flu pandemics. What can we do in our daily lives to improve the well-being of animals?

There are so many things that we all can do. They seem simple, but multiplied but millions, they have a huge impact. I commend vegans for setting an example for our society and exposing the truths of factory farming. Eating even just a little less meat would be a good thing as it would decrease demand, and help aid the environment, and also supporting any farms where there is transparency regarding the management conditions and farming practices utilized. Don’t buy pets that come from “puppy mills,” which you will find at most pet stores. Get a rescue animal from a shelter. I am also a big advocate for recycling and limiting the use of plastics. Scientists predict there will be more plastic in the ocean than fish by 2050. These plastics end up in the abdomens of millions of birds, fish, sea mammals and terrestrial mammals such as cattle creating toxic and sometimes fatal conditions.

What do you most want people to know about the current state of animals, both here in the U.S. and around the world?

Mahatma Gandhi once said the greatness of a nation can be judged by the way its animals are treated. In many ways, we are going backwards if you evaluate our factory farming practices. We have pushed the physiology of the animals we eat to the limit. A KFC chicken goes to slaughter at just 35 days. Dairy cows are milked twice daily to remove 70 pounds of milk from their breasts, and sows spend the majority of their lives in two-foot-wide gestation crates where they can’t even turn around. People should also know that wild animals are becoming extinct at an unprecedented scale because of our actions—or lack thereof.

What is your proudest moment for Vets International so far?

It’s been an amazing two-year journey so far, but I would have to say the moment we honored Asian elephant expert Richard Lair and advocate Christie Brinkley at our Trunks Of Love Benefit. We had the renowned artist Alexis Rockman present them with a drawing made from the soil of a mastodon site, symbolizing what we are all trying to prevent: extinction of its distant cousin. That night was extraordinary. What are Veterinarians International’s future goals?

First and foremost, we want to grow to support the best of veterinary care for animals to our colleagues around the world, starting where the need is greatest. We are moving forward to develop livestock health and food security programs in African communities. While most of the world’s human populations are projected to level off, the number of people in Africa will be doubling—as will demand for animals and protein. We want to ensure that transition is safe, sustainable, and humane. Eventually, we would embrace a program here in the U.S. working with Native Americans. We would also like to have a veterinary student exchange program to foster learning across borders, and a consulting branch to aid governments and non-governmental agencies with animal health issues. 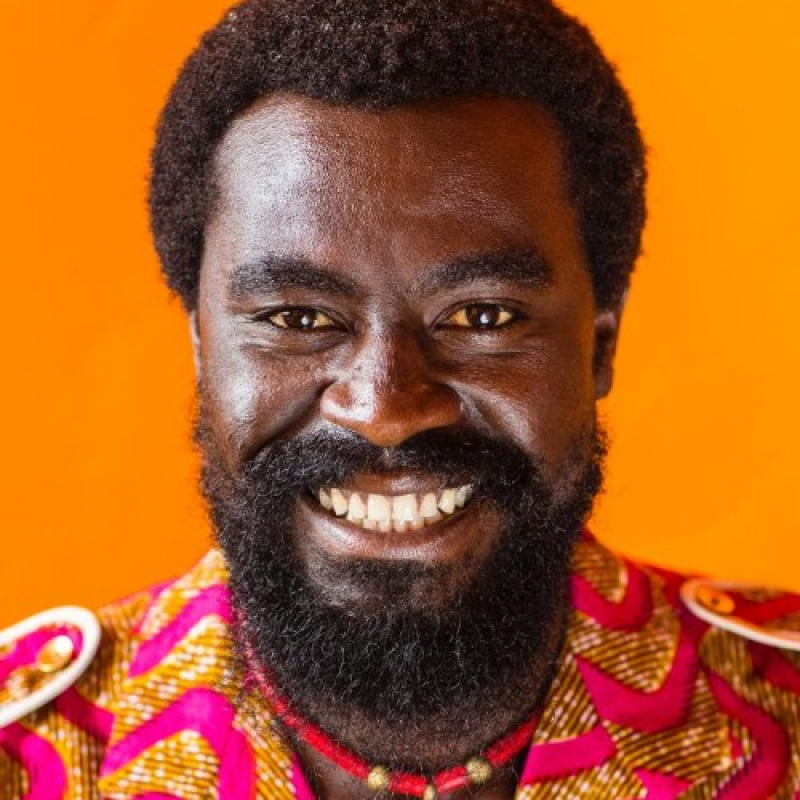 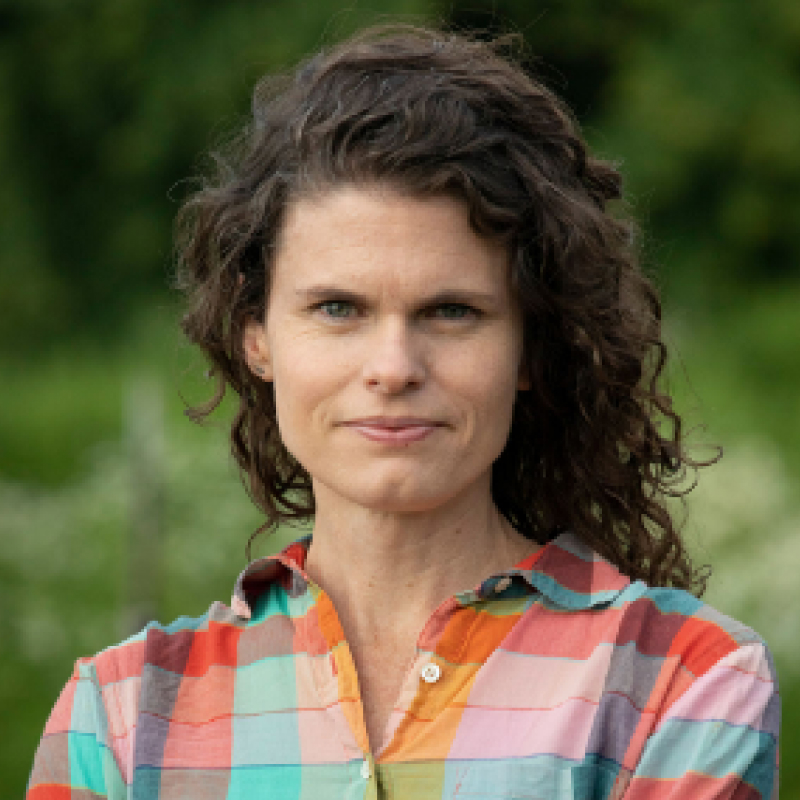 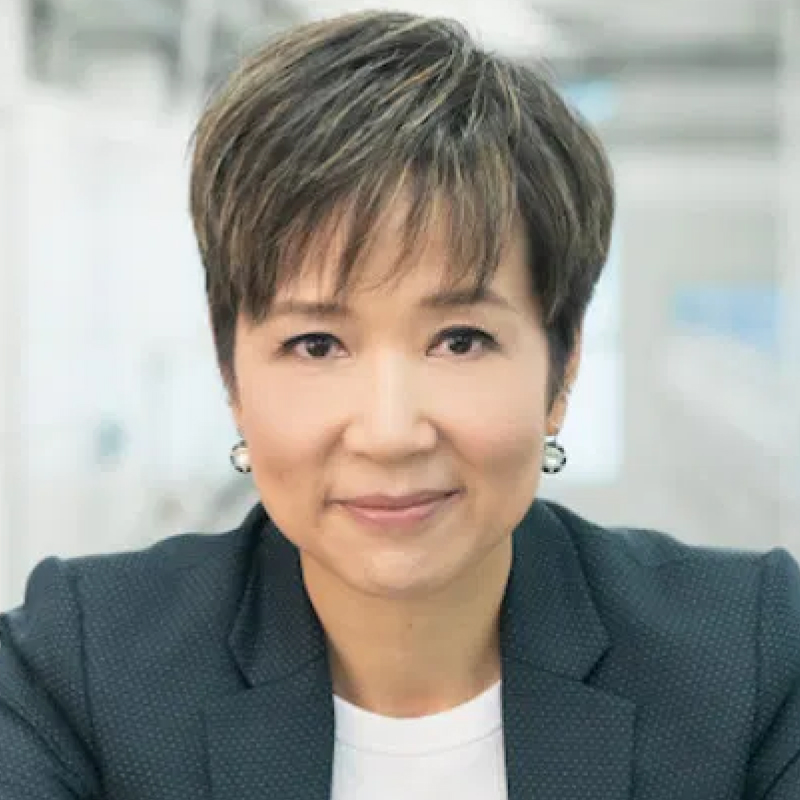 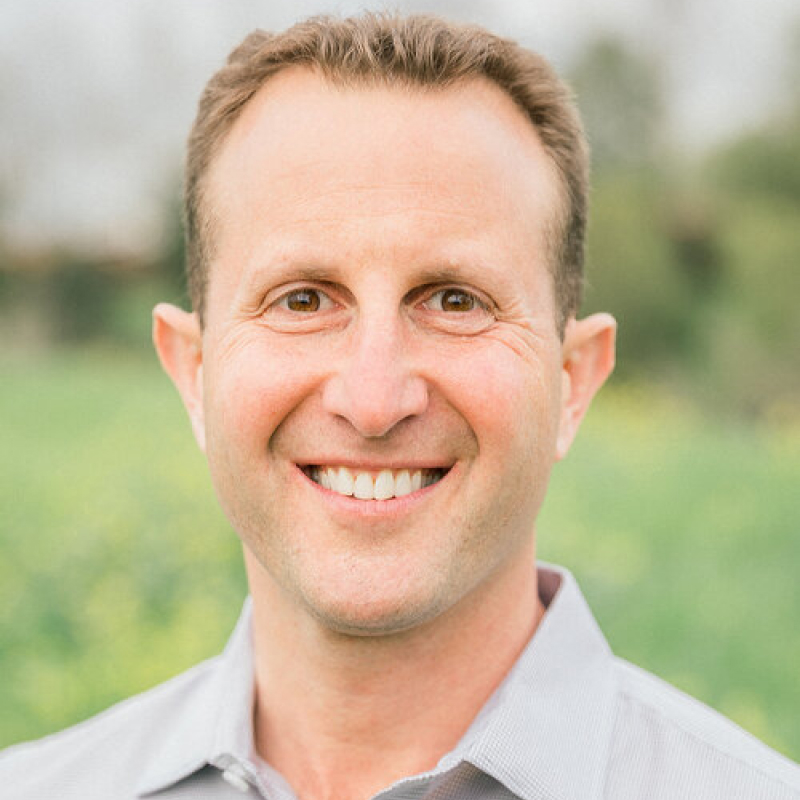